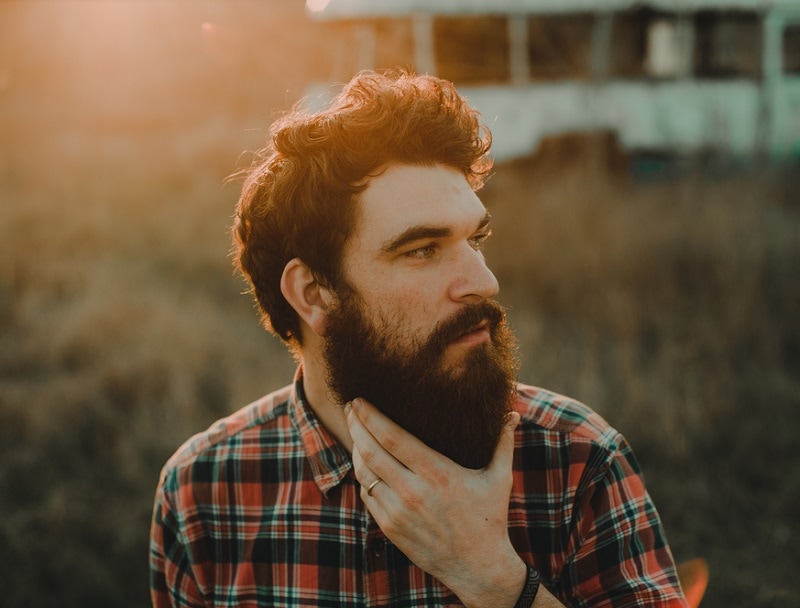 If you’re reading this right now, you’ve either kept a beard before but never grown it out to its fullest extent, or you’re completely new at growing a beard and are wondering if you should go all in the first time around.

Regardless of the demography, you fall in, a yeard beard is not an easy beard style to achieve or maintain. It takes a lot of patience, determination, and the ability to withstand quite a bit of discomfort at the beginning, which does get better eventually.

If you’re in the latter group of demography, we suggest experimenting with stubble or a full beard at first. But hey, if you think you can take on the challenge, who are we to stop you!

If you’re in the former demography, you still have some experience in growing a beard and you might want to take it to the next level now. And we’re going to be with you to help you through your journey.

What Is A Yeard Beard? 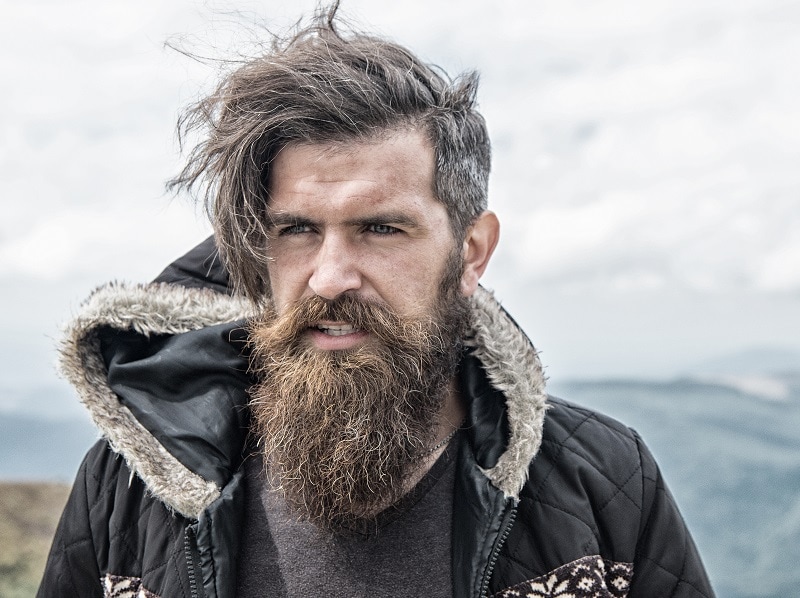 As mentioned before, the yeard beard is any facial hair grown over a one-year period without considerable shaving or trimming. This allows your beard to reach its true depth, making the beard longer and fuller.

For most people, facial hair grows around 1/2-inch per month, which means at the end of the year, your beard, or shall I say yeard, will be a whopping 6-inch long. That should definitely cover up all of your neck and might even come down to your chest as well.

Now, depending on things like genetics, nutrition, lifestyle habits which include stress, your beard length will vary at the end of the year.

There’s nothing much you can do about that, but you shouldn’t worry about this because it will still be longer than most beards, and if you haven’t done any excessive trimming, it will still be considered a yeard beard. 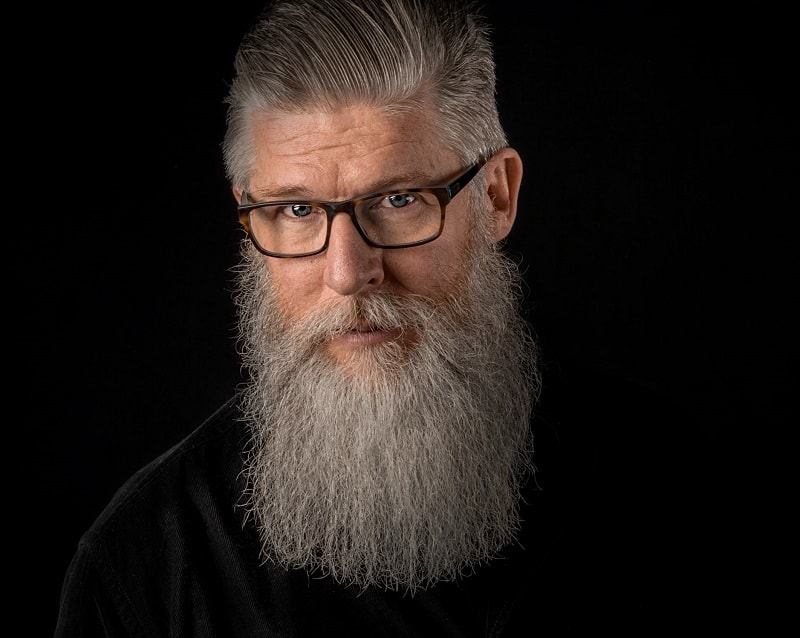 This is an example of the perfect yeard. As you can see, the beard growth here is heavy, making the beard look full and wide.

None of the beards has been trimmed too much and the beard looks nicely groomed. It’s clear that the beard is regularly shampooed and conditioned. 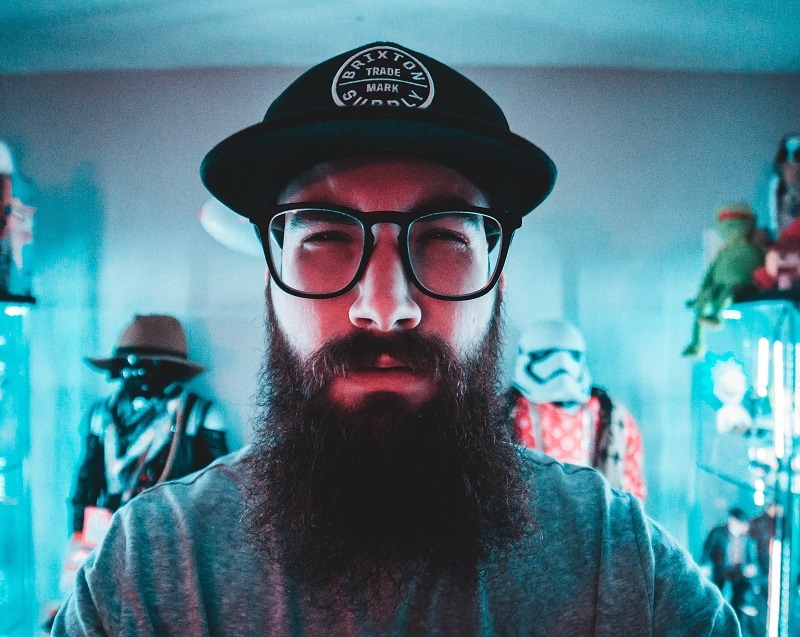 Sometimes, when growing a 12-month beard, the beards separate and start growing in different directions.

Some places might even have uneven growth compared to other areas. The best solution for this would be to use beard wax to shape it up which helps it look fresh. 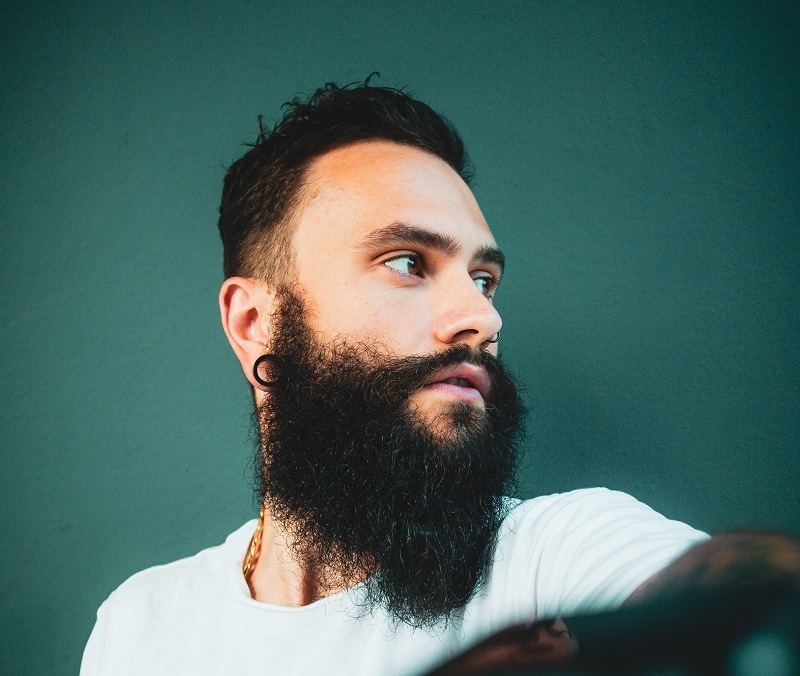 In some cases, when growing a 12 month beard, trimming is necessary, like when your mustache starts growing over your upper lips.

Using scissors to trim that away in a straight line can do a lot in keeping your beard looking clean. Other than that, this example here is also a beard that’s been grown completely naturally.

How To Grow A Yeard Beard 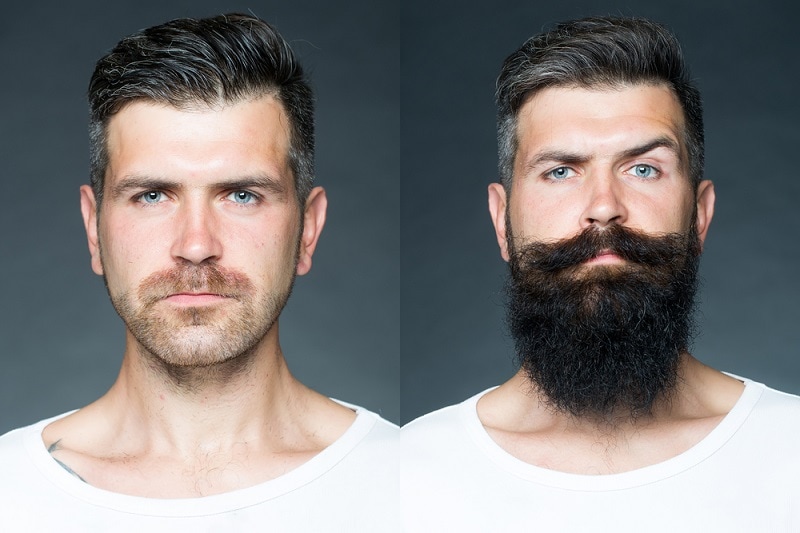 We would suggest you to start off a beard growth with no facial hair at all. This allows the beard to get to a length and width that is natural.

If you already have a short beard and won’t want to jump into this journey, you might not have the desired result unless you’re a seasoned pro, as it’s not simply about growing your beard without any maintenance.

With that out of the way, the yeard growth stage can be divided up into three parts.

This is the first 3 months of your yeard growth stage. This is when your facial hair will start from growing into a stubble all the way to a full beard. Remember to keep the trimming of the beard to a minimum, getting rid of only stray hairs.

This is also when some of the new hair will cause itching on your face. You might have patchiness over your face depending on your genetics. Mentally, it might take you some adjusting to the new look as well. You should keep your beard follicles hydrated using beard oils.

At this point, you might even hear from a lot of folks around you to go back to a shorter beard or even a clean shave, but unless it affects your livelihood, you should go right ahead and ignore them. Remember, that you have every right to express yourself to the best of your ability.

Anywhere from six to nine months, you should reach a medium-length beard. At this point, your beard has covered your neckline. This is a phase where you’ll get ready for the next stage as well. You should also be absolutely sure by now if you want to keep going at the yeard beard challenge.

The length of the beard be deceptive as well as some beard hair curl up towards the inside as it grows longer.

It might feel like your beard growth has stalled, which is why taking pictures of the beard every day, or once a week might help you notice the drastic changes occurring to your look.

You’ve been growing your beard for months and it’s almost at the year-end mark. You’ve finally managed to grow a full-fledged beard.

You’ve managed to get to the end of the year with barely touching it except for regular grooming sessions. Now is the time to finally trim and shape up your beard.

How To Manage Your Yeard 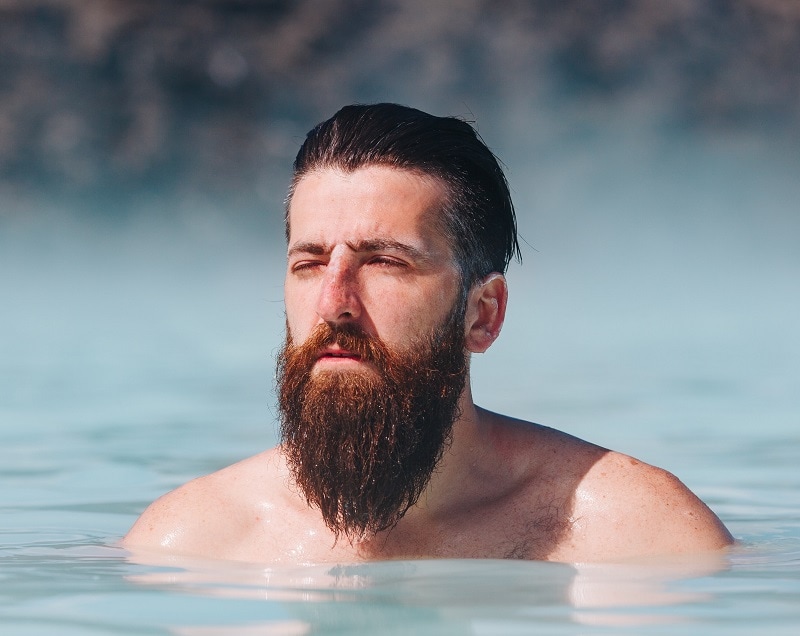 Throughout the year-long period of growing your beard, it is of utmost importance for you to regularly do the following things:

All of these things will keep most of your skin problems, beard split ends, and unhealthy beard overall. Regardless, if you come across some serious skin problems due to a long beard, which is pretty common, you should consult a dermatologist.

Dos And Donts of The Game 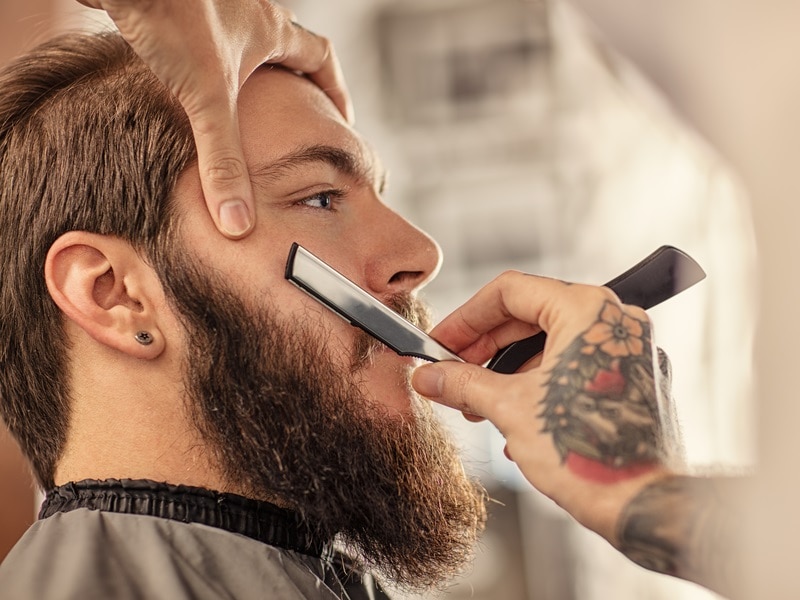 The yeard beard can be taken up as a challenge. Many purists believe that a yeard beard should not factor in heavy trimming or shaving but there are some things that you can probably get away with if you’re not a purist.

Below are things that you can definitely do while you’re growing a yeard.

As with anything that takes hard work, the yeard has some rules in place without which, growing a 12 month beard is not much of a challenge. 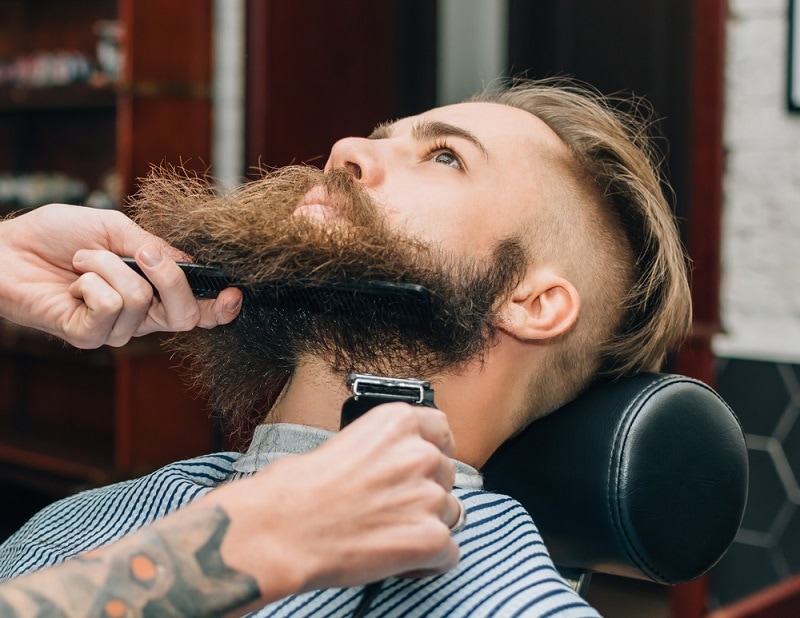 After you’ve grown the beard for 12 months, now is the time to shape it up. While you can pull off any long beard style imaginable at this point, follow these steps to get a clean, good-looking yeard beard.

And that’s it! These steps should be enough to keep your beard in shape even after the one-year mark, but if you’re not feeling up to it, referring all this work to your barber might just be the best thing for you.

Disadvantages Of Keeping A Yeard

Obviously, keeping a long, big beard will not make you look professional. On the contrary, this might turn into a problem in most workplaces. Regardless, you do have the right to express yourself the way you want, and if you can work this one out somehow, you should go for it.

Another disadvantage to the yeard is that most women will not like it. According to some studies, women find stubbles and full beards more attractive. Not to mention, even some men might point out that you should shave. A shorter beard might be getting you more ladies, but then again, it’s not like you’re growing a beard to impress women are you.

It will cause itchiness and irritation as you grow it out, which will lead to a good amount of money being spent on beard care products.

Advantages Of Keeping A Yeard 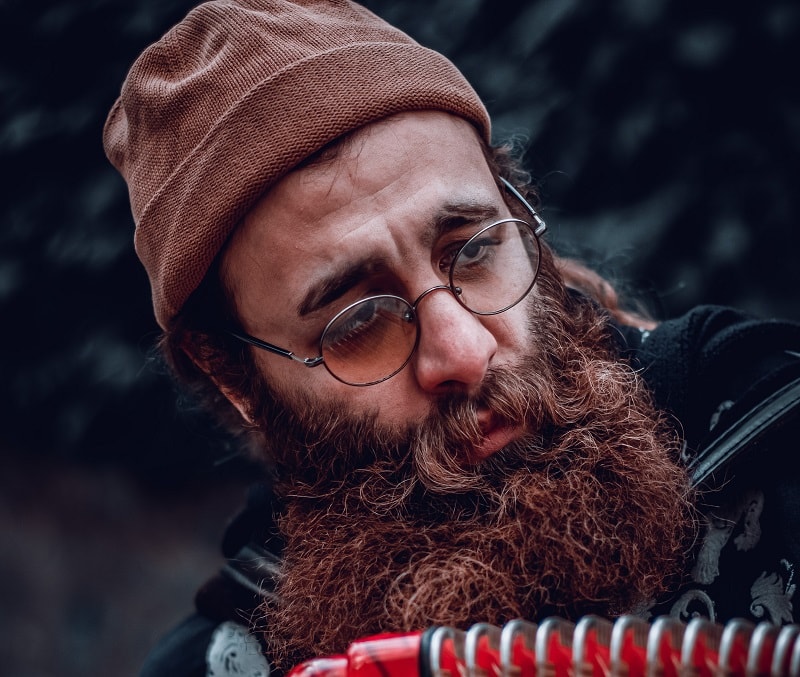 It looks totally bad-ass. You will definitely look a lot older than you really are which adds more maturity and even wisdom if you can look the part.

People will wish they had the patience, determination, and in some cases, the genetics, that you have to grow a full yeard out and then some more. The yeard is not for everybody, and they know it.

You will definitely be getting a lot of looks around town with that yeard.

Contrary to popular beliefs, a yeard is actually super easy to keep clean and hygienic. Obviously, if you’re too lazy to follow daily beard care essentials that won’t happen, but then you probably wouldn’t grow it till the end of the year if you were lazy.

Now you know what the yeard beard is, the many different ways it can grow, and all the ways to trim it, shape it, and care for it. The initial stages will probably be a lot of hard work to go through, mentally, physically, and financially.

But by the end of the year, it’s guaranteed that you will end up looking and feeling like a bad-ass, with a magnificent, burly beard that will have heads turning around wherever you go.

If you feel like you’re up for it, we would highly suggest you give the yeard beard a shot. 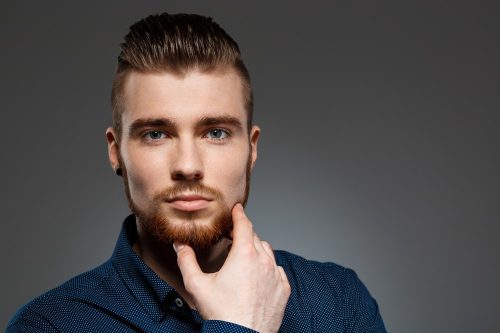 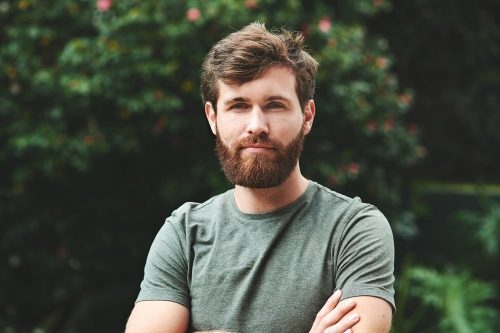 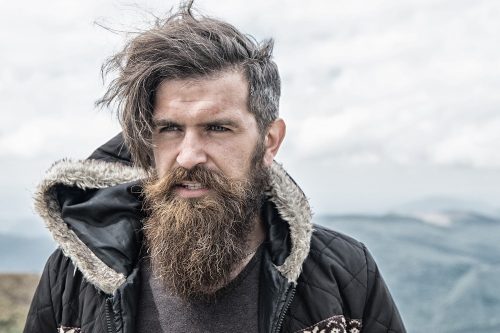