Scruffy beard: As we all know, a beard is a sign of the ultimate manliness. It is a trademark of a man transitioning from the young age to a full grown adult. Having a manly beard like scruffy beard around your face makes you look tougher.

Growing a beard is one thing, as it happens naturally for most of us (unless there is some hormonal problem, then I’m afraid this article is not for you), but maintaining a rough scruffy beard is a different story all over. 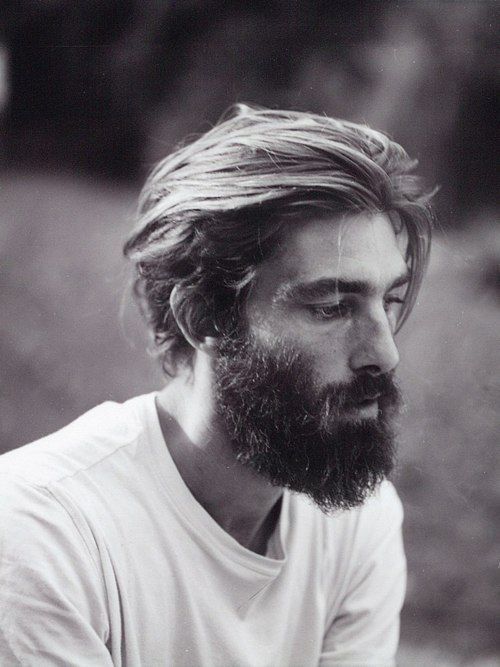 For many of us, growing a scruffy beard is a dream, and to do that, there is a lot of effort to be done. Especially if you want to look more manly and rough with this beard style. Here are 10 scruffy beard styles that would make you look rough and tough. 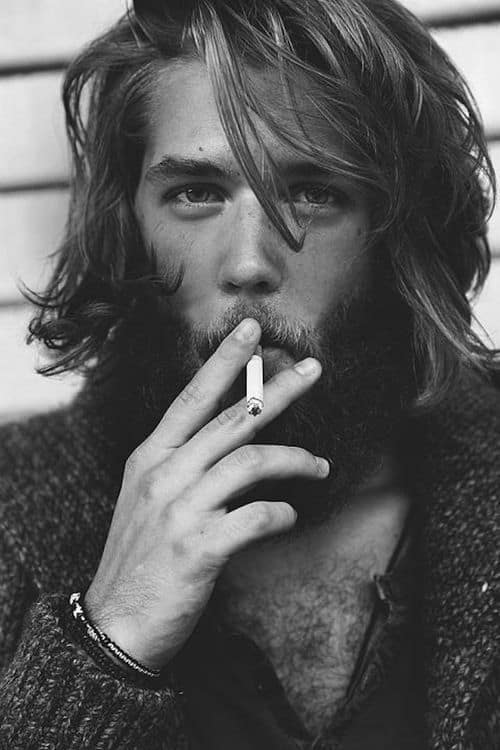 One should realize that it is not always the case where you would require to change the beard. Sometimes, a little touch up to the hair above the head is all that you need.

For starters, let the beard grow to its natural size, not too much but not too little, just as a medium scruffy beard that would cover all of jaw. Grow your hair to about 1.5 times the length of your index finger. If you have straight or wavy hair then this is the perfect choice for you.

Whether it is a formal occasion or a casual one, you will never lose your tough stature. 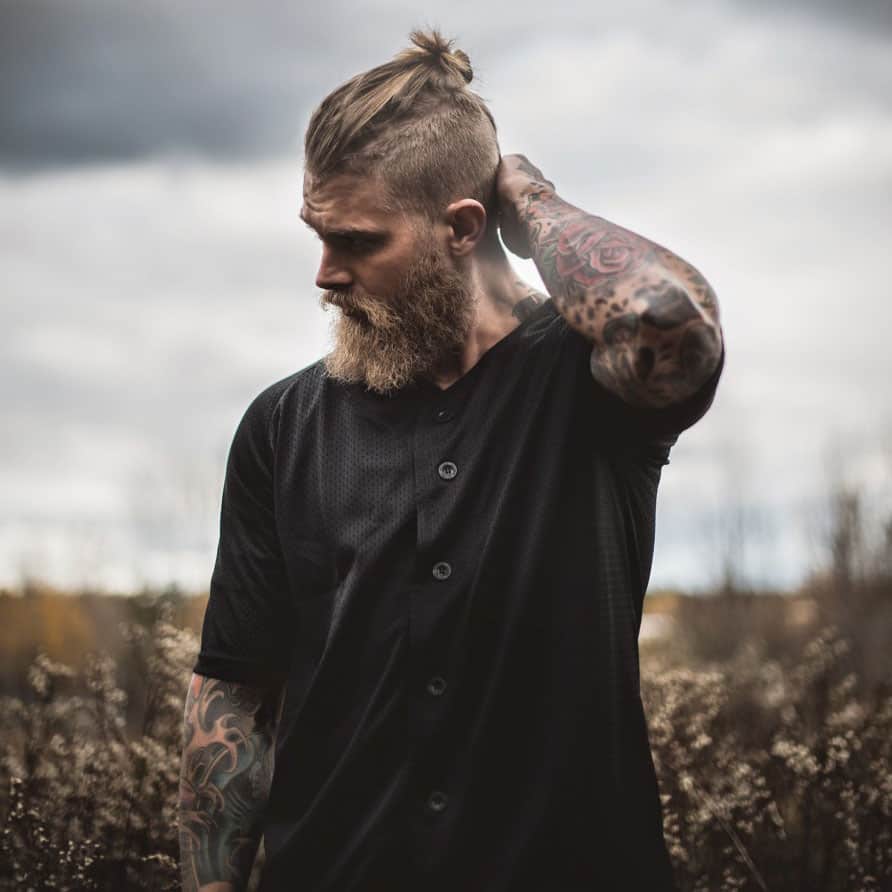 This one is especially beneficial for those with wavy to curly hair. Since medium hair is not suitable for these guys due to the unwanted curls, it is best to let it grow.

Grow it as much as you can, until it reaches your shoulders. Cut any split ends that you may feel necessary to. It is important to keep the beard to an acceptable length, not too much, but also not too little, preferably the same as the beard with the medium hair (previous point). It is also important not to let the beard grow too much.

In either case, instead of looking classy and tough, you would rather look more homeless, and that’s not a good thing! 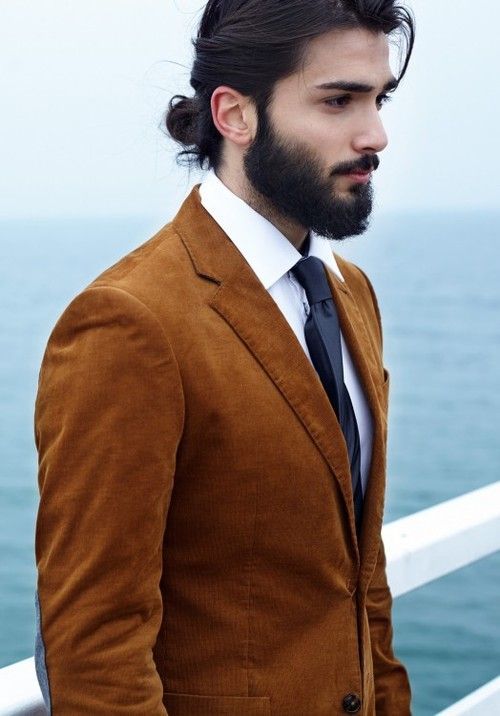 A beard with a topknot is also a good way for one to look more rough and tough, especially if you want to go on a casual outing with the guys. This mainly works on people with straight or slightly wavy hair.

Try to grow hair as much as about 2 times your index finger. Grab your hair and create a knot at the spot exactly behind the forehead. The beard may be kept medium or long, depending on one’s choice. It should, however, be a complete beard, and not just a goatee or a french beard. 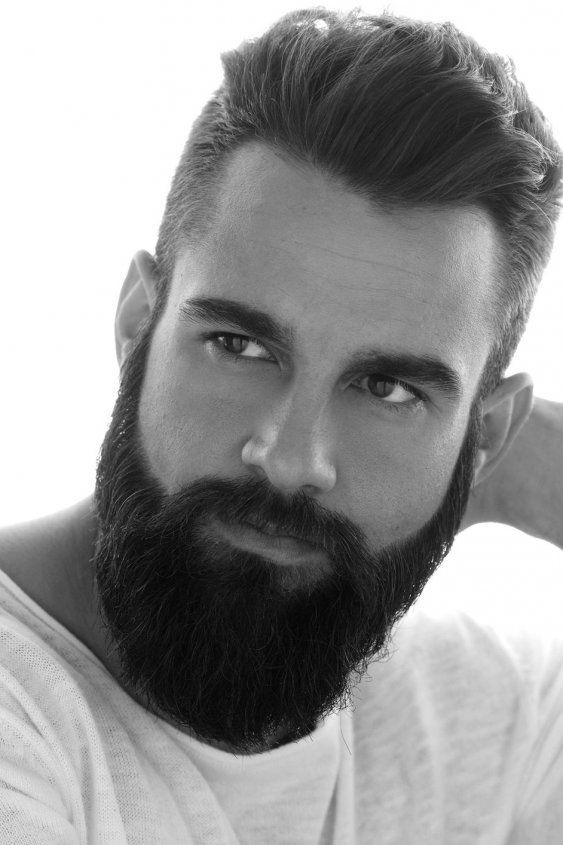 This style mainly works for short to medium beards, but keeps the class apart from everyone else. 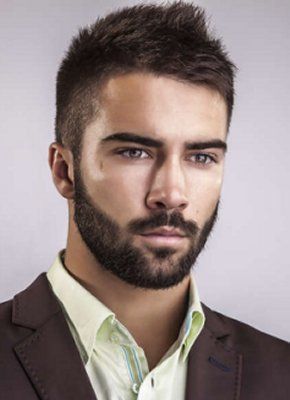 Nothing says scruffy beard than a thick juicy chunk of it around your jaw. If you have hormones that allow you to grow long thick beards, then you are in luck.

Grow a full beard, as large as two fists full. Remember to apply shampoo and conditioner regularly to keep the beard healthy and away from any dandruff.

Also, regularly apply tonic and organic oil for better shine. For a manlier and tougher look, consider trimming the sides of hair as well. 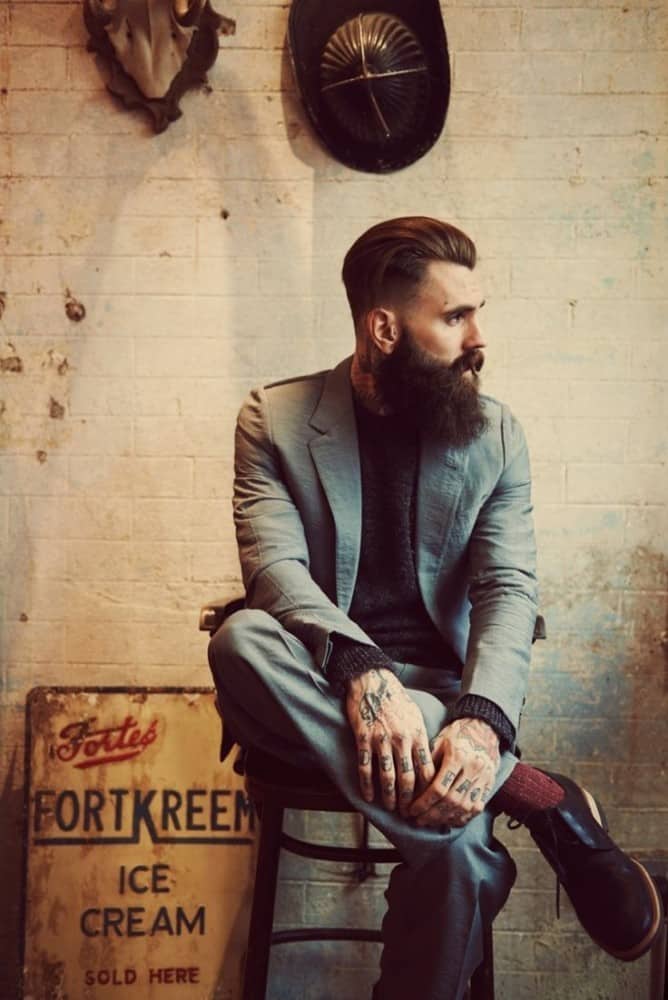 If you are late for a business meeting, but still want to keep your scruffy beard, then this is the type of beard for you. Trim your beard from half of the cheeks and under the neckline.

Shorten the size of the beard enough so that your skin won’t show. Trim any excess hair on the sides or on the cheeks.

e sure not to trim any of the mustache, especially the line joining it with the beard (you may groom it, but do not trim). And that’s it, you are all set! 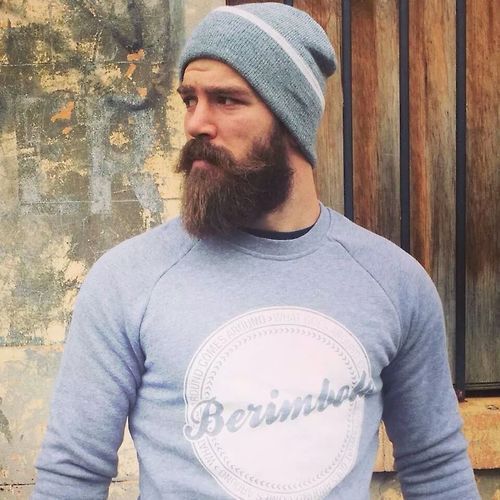 For those with curly beards, as a famous character in a movie once said “let it grow!”. Don’t shave the beard, and freely let it grow as much as it can until all of your face and neck are fully covered with the beard.

You may occasionally trim the upper cheek, and groom the mustache, but do not touch the beard. Keep it natural! 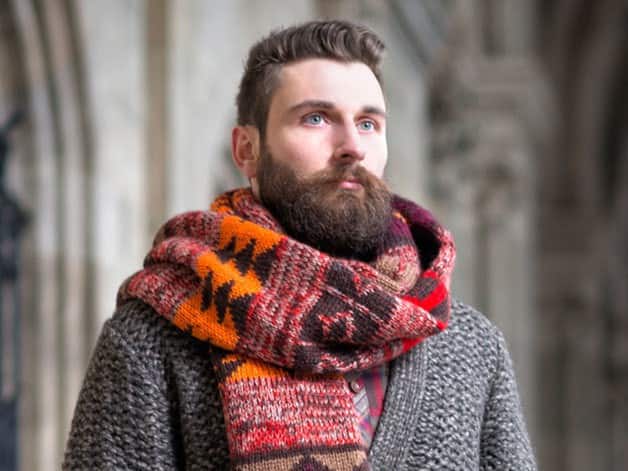 For those with thick beards, a winter beard can be the perfect way to protect yourself from the harsh cold winds. This scruffy beard focuses more on the mustache rather than the beard. Be sure to grow the mustache as much as you can along with the beard.

Trimming anywhere is not recommended, because if you have to remove the coat of hair from your face, then what’s the point of the winter beard? 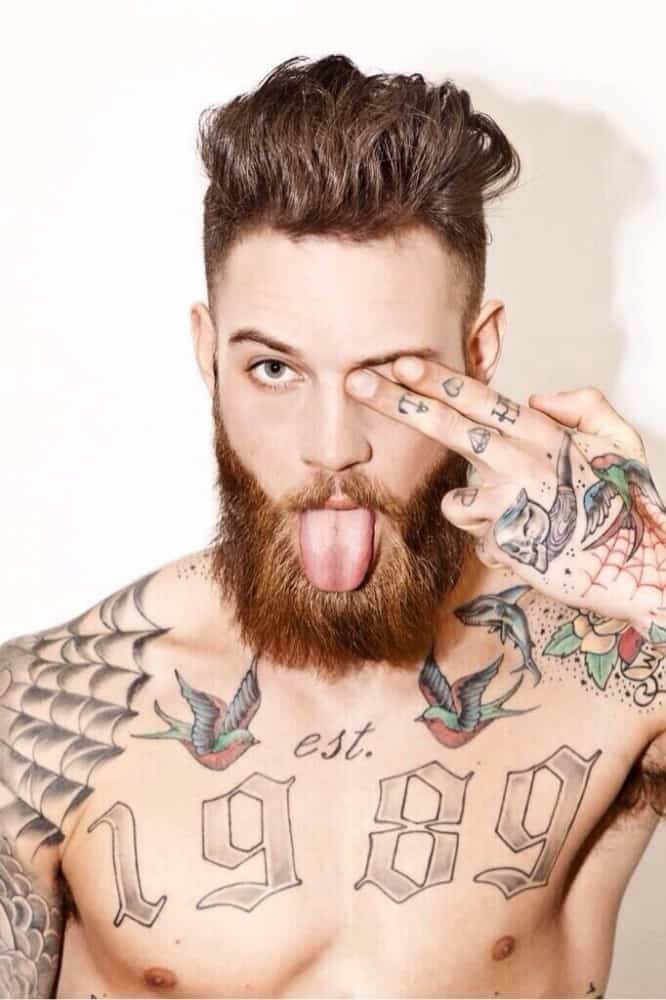 It doesn’t always have to be the beard. If you want to look as badass and rough as any other man, then all you need to do is get a few tattoos.

Just let the beard grow and groom it regularly, and adding a few tattoos will instantly make you the rough and tough guy you want to be. 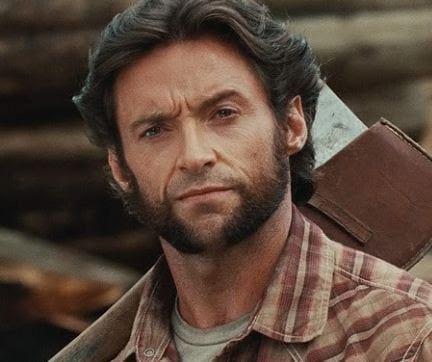 Many of you might have guessed it already. Yup, the Wolverine beard is pretty much as rough as you can get. One thing stands out here, sideburns! Grow your beard and sideburns as much as you can, trimming anything on the cheek, except some of the lower part and the jaw.

Trim (but not completely) the beard under the neckline. Keep the beard to medium size, and trim the hair from the chin. Also, remove the mustache to give the complete wolverine effect.