Duck Dynasty has been one of the most popular shows on A & E for the past few years. This quirky family of duck hunters is well known for sporting some of the bushiest beards in show business. In fact, these guys have been credited with being partly responsible for the bushy beard revival. If you like what you see, why not try copying some of their styles?

Growing a beard worthy of the Duck Dynasty could take you years. You will need to persevere with it for a long time if you want to get a beard that is over 10 cm long. Be prepared for some itchy phases as your beard is growing longer, and make sure that you keep grooming it so that you do not end up with any large knots.

If you want a little bit of inspiration to help you to keep growing your beard, check out this gallery of photos of the Duck Dynasty stars before they grew their beards.

Al Robertston arguably has one of the tamest bushy beards in Duck Dynasty. However, it’s still pretty thick with full-coverage. By comparison, the younger and clean-shaven Al is almost unrecognizable!

It’s amazing how much a beard can change your face. Long hair and thick facial hair make a world of difference.  Here he is pictured after shaving his face for charity back in 2017. It was the first time he’d shaved it in 7 years. At least he lost his facial fuzz for a good cause!

Big fans of Si Robertson will know that he was once a military man. This, of course, required him to be clean shaven with neatly groomed hair. He’s come a long way since those days.

With his big scraggly grey beard, he looks totally different. He also hides his hair under a cap these days. He could never do that back in his military years.

Jep has a total baby face under his big manly beard. He’s pictured here next to his wife Jessica. You can see a lock of her blonde hair.

Even though the picture was taken many years ago, he still had a hint of facial fuzz. You can’t miss those sideburns and the stubbly chin. His hair was also much shorter back then.

John Luke Robertson is one of the few Robertsons who is still sometimes pictured without a beard. His beardless picture here still shows him many years younger. Now he’s become manlier and has long hair. With his beardless face it’s hard to believe he’s related to his burly uncles.

Cole is still frequently seen without facial hair, but here is a younger version of him. These days he’s often sporting stubble. He appears very youthful with a clean face and his side-swept textured hair gives him a boyish look. He’s changed quite a lot over the years! 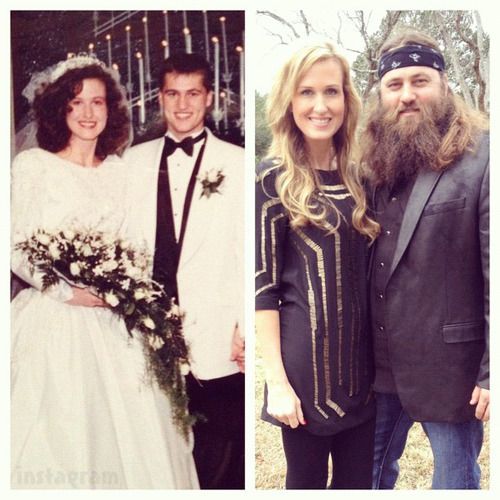 Check out this old school picture of Willie and Korie from their wedding day. This picture is from almost 25 years ago. Some people suspect that Willie has been growing his beard ever since then! It is amazing how Korie’s smile hasn’t changed one bit!

8: Willie and the family 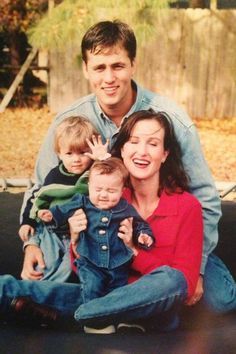 Another duck dynasty photo without the beard. Here is Willie again with his family. You will recognize his family if you are a fan of Duck Dynasty, but have you ever seen them looking quite this adorable before? In fact, his son’s squashy face looks very similar to a lot of the upset faces that Willie pulls in the TV series. 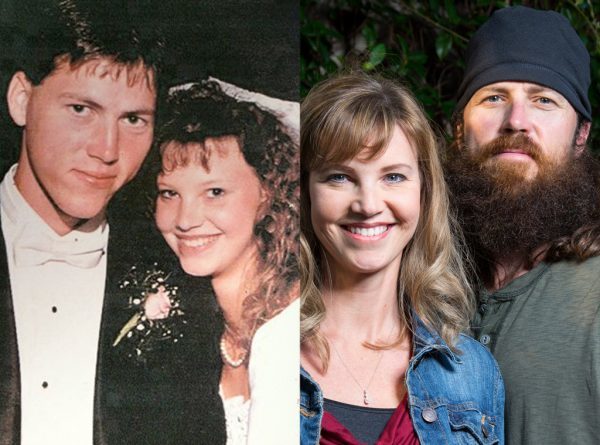 This is a photo from Jase and Missy’s wedding day from the 1990’s. Do you see a theme emerging? Clean-shaven faces and bad perms have once again transformed into bushy beards and a soft blowout hairstyle. They look just like Willie and Korie 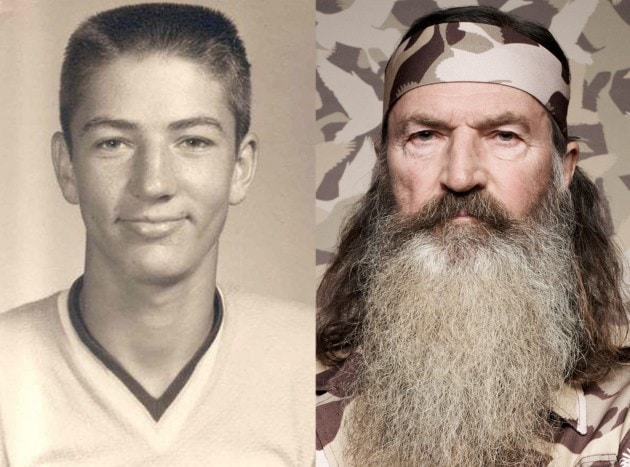 Phil is the patriarch of the Duck Dynasty. This photo shows him back in his school/college days in the 60’s. Since then he has gone on to bring the big and bushy beard back into style. It is really hard to believe that it is the same guy! 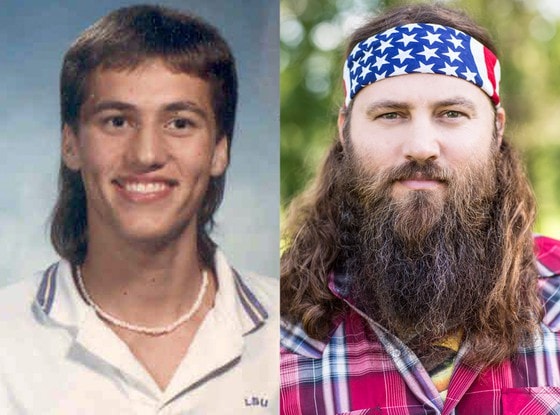 Here is a shot of Willie in his late teenage years. He actually looks very similar to the way that his father looked when he was the same age, although Willie is sporting a very fashionable 1980’s mullet style haircut! Do your high school shots look like this? How a beard can transform your look, learn it from this Duck Dynasty photo.

If you are used to seeing the stars of Duck Dynasty in their current form, it can be a little unusual to see them looking any different. There have been a few surprises on this list. To see some more unusual shots of celebrities without their famous beards, or to see some regular guys with amazing beards styles then you should take a look at some of the other lists which are on our website.