One of the most sought after beards in Hollywood is that of Brad Pitt. What if I told you there was a secret to getting his signature facial masterpiece? That’s right! Brad Pitt is not the only one that can achieve his type of beard. 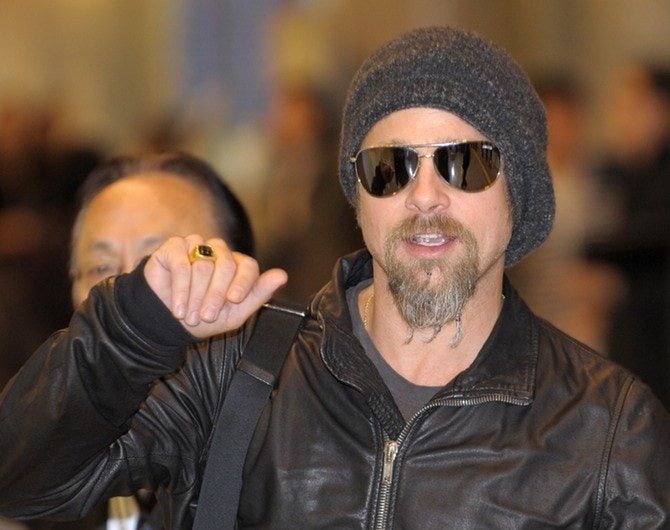 Brad Pitt’s beard grew in popularity very quickly within the celebrity world with many others taking after his carefree rugged look. Now you can, too. Here is what you should do if you want to have a Brad Pitt beard. It’s not extensive, expensive, or difficult. These tips for growing beard like Brad Pitt will leave people wanting your beard, too.

First and foremost, you need to actually grow a full beard before being able to truly achieve a beard like Brad Pitt’s. Growing a beard to the length of Brad’s might take you some time – especially if you’re not someone whose facial hair grows like a weed.

The key in this part is to be patient. Your facial hair can only grow so fast but it will get there eventually. Don’t worry if you don’t grow much on your cheeks either since a true Brad Pitt beard has the most hair focused on his chin – which is lucky because the majority of males can grow hair here if not on their cheeks.

Although your beard generally has a specific speed at which it grows, there are many things you can do to help it grow a little faster. One thing you can do is to keep your face clean. Dirt and bacteria getting into your hair follicle can inhibit the growth process. You also want to always make sure you’re exfoliating at least twice a week. This ensures that there won’t be any dead skin cells disrupting the growth process, either.

#3: Keep it Clean and Hydrated

Now that you’ve got the keys of growing it out of the way, you’ll want to keep it in healthy condition so it doesn’t look like a mess. To do this, keep it hydrated. The hair on your face isn’t different than the hair on your head. Shampoo and condition it every day, just as you would your head. Also apply some leave in conditioner (lightly) to your beard to keep it moist throughout the day and looking much better.

#4: Once Long Enough, Shape It

Now is the time to distinguish it from a normal beard to a Brad Pitt beard. To get his signature look, you’ll have to shape it. Get a pair of clippers and trim (not remove) the hair on your cheeks only so you’re left with a decent amount of beard hair there (about ½ an inch) but do not shave your chin or mustache.

To keep this look long-term, you’ll have to do some maintenance.  When the sides and mustache get too long, trim them up again so they’re keeping the Brad Pitt beard length and style. Don’t allow your mustache hair to grow past your upper lip.

Now you have all the tools needed to get a Brad Pitt facial hairstyle. So what are you waiting for? Let that beard hair grow out and get the hottest beard trend of the moment!