Are you looking for an oil that can thicken your beard? Do you want an oil that will bring shine to your nails and skin? Jamaican Black Castor Oil has been used for centuries to improve hair, nail and skin growth and texture and also to treat various forms of illnesses. Egyptians used Black Castor Oil long ago as 4000BC and it is recorded that Castor Plant from which this oil is extracted has its origins from Ethiopia.

Jamaican Black Castor oil is a cold press extracted oil from castor beans. It is traditionally used for nourishing skin, hair, and nails. However, its benefits are expansive and so it is a great all-purpose oil. The rich and rare nutrients in the oil such as Omega 6, Vitamin E and Omega 9 have a moisturizing effect on the hair and skin. It prevents dandruff, dryness, itchy scalp and helps to increase hair volume after one week of use.

One of the most widely low-cost methods is solvent extraction where hexane is used. This method destroys many beneficial properties of the oil and on long-term usage, it can trigger nerve related health problems. The makers of Jamaican Black Castor Oil with the intention to provide the best benefits of Castor oil rely on the ancient method of physical extraction of oil.

Secondly, Jamaican Black Castor oil is a 100% pure Castor oil. It is not mixed with other oils such as mineral oil, pine oil, jojoba oil etc. However, since the oil has a thick texture, many users mix it with olive or jojoba oil for usage.

Jamaican Castor Oil is purely made from natural Castor oil. It is not mixed with other oils and substances. It is rich in Omega Fatty acids, Vitamin E, and Minerals that stimulates and promotes the growth of hair.

Jamaican Castor oil offers a multitude of benefits. If you are looking for a natural way to enhance your beard texture, thickness, and growth, Castor oil can do wonders for you. Other than applying it to the hair, you can use it on your skin and nails. 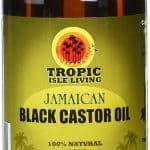 Jamaican Black Castor Oil is widely bought from online stores such as Amazon because of low prices offered. However, you can also find the oil in the local or online Walmart store.

For Eyebrows, Beard, and Nails

Do the same for your nails and fingers to prevent the growth of fungus.

Jamaican Mango Black Castor Oil, Coconut is a soothing oil infused with natural herbs which nourish skin and gives an aromatic experience. It works as a healing oil for beards.

Thousands have benefited from applying Castor oil on their hair and skin. It is a miraculous oil that can finally offer you real results you desire that otherwise was not possible with cosmetics and hair treatments. Adopting and applying Castor Oil regularly will definitely help you to better take care of your body and improve your lifestyle.