This is one of the most common question people asking around but very few know the fact! If you want a precise answer with simple tone then the answer will be ‘FALSE‘… Let’s dive into the question as it deserves a detailed view as below.

When hair is cut, it gives the appearance of being thicker or fuller for a short period of time. The human hair follicle is kind of like a pencil that tapers to an end point. When the razor cuts through the follicle it may appear that the hair left is thicker and darker than it was prior to being cut.

Those short hairs may even seem to be coarser since the follicles are standing on end. The re-growth rate and fullness of hair that has been cut or shaved away are not affected. Excessive beard waxing can reduce the growth of certain hair follicles because the follicle is being ripped from its root.

#2. Every Person is Different 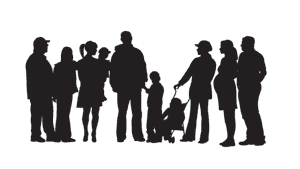 #3. Studies Have Been Conducted

There have been medical studies completed, dating back to over 100 years. In 1928 and study was conducted where men shaved only a portion of their face using the same type of razor, soap and water temperature.

The scientists concluded that there is no evidence that shaving accelerates the ability to grow a thicker beard more quickly.  Another study done on hair waxing had similar results. The hair that was waxed away did not come back fuller, even after being pulled completely out, not just shaved.

The environment can play a significant role in how quickly facial hair grows back in. If you have a tendency to scratch one particular area, such as your chin, the skin may get rough and can actually stimulate a thickening of the hair.

The skin is getting thicker and the nerves are getting thicker, therefore the hair follicles may also thicken. A person’s genetic makeup can also be a precursor of how quickly their hair will grow.

As hair follicles emerge from the skin for the first time, the hair will probably appear darker since it has not yet been exposed to pollutants, sun or chemicals that will lighten it. Darker hair follicles make the hair look fuller and as if it is growing quickly.

Finally, shave when you want to shave for styling or maintenance, but NOT to increase facial hair growth or to make the beard thicker as it has no impact on those. Hope you have solved the myth and share it with your friends who think the opposite of the fact. We would love to know your experience or comment on the topic!