When we think about a Muslim beard, a large and unkempt beard comes to mind. Many people believe that Muslims are forced to wear beards by their religion. It is actually not true. Quran doesn’t dictate people to wear a beard. But, it is a ‘Sunnah’ that is following a tradition done by all the prophets including final Prophet Muhammad (S:). Many people of other religions believe that, if a person is Muslim, he must be wearing a beard. That’s not true, many Muslims adopt it & many doesn’t. But it’s better to grow and lengthen the beard & trim the mustache according to the Hadiths (sayings of Prophet S:). If the length of the beard is over a fist, it’s recommended to trim it.

There is no clear definition of what a classical Muslim beard should look like. It is usually a full and long beard. The mustache is optional, preferably trimmed. Some go for a very short mustache, which reminds of stubble and combine it with a full and long beard. Others believe that a Muslim beard is something absolutely unkempt and allow their facial hair to grow as it feels like. This is not a very good idea. A Muslim beard should be long, neat and outlined. Otherwise, the impression it makes is quite unpleasant.

Before starting to grow such a beard, take some time to browse different images we are offering here. You might be surprised to find out about an amazing variation of many Muslim beard styles. A Muslim beard should follow the Sunnah of Prophet (S:) following the Hadiths (authentic collection of his sayings). If you even see the image of Jesus (considered as a highly ranked Prophet or Messenger of God in Islam), that also contains a long full beard as mentioned in the hadiths of the final Prophet Muhammad!

NOTE: all the photos showed in the below list are not perfect Muslim beards (as mentioned in Hadiths). Muslims should adopt a beard that is long, full, neat & clean. If it’s over a fist length then trip it to give a neat and clean shape. Mustache should be trimmed or shaved. Natural color like mehedi  is permissible to use in the beard, but not the artificial colors. 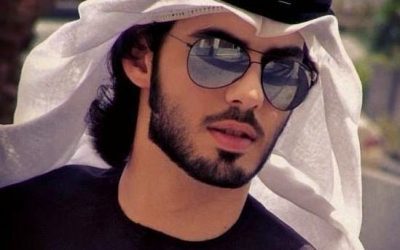 Over the years the world is swooning over arabic beard styles. As arabian people are blessed with awesome …